The history of metal etching technology

2020-11-14
For many years, metal etching has been used as a precise and scientific chemical processing technology to corrode various graphics and shape processing on different metal materials. Especially in the aerospace, aviation industry and high-tech electronic products, chemical etching processing technology is applied almost everywhere. However, as a chemical cutting technology, its history can be traced back to a long time ago. The early application of this processing method has not been seen in Chinese data. This may be due to the fact that the exploration and recording of science and technology in ancient China did not receive much attention. The application of this method in the West obviously has a longer history. Regarding the record of early use of this technology, some Westerners believe that some people were talking about the use of NaOH and Al2(SO4)3 in the first century AD. This is obviously an exaggeration. The application and development of metal corrosion must have two conditions to be meaningful, one is the popularization of metals, and the other is the discovery of various corrosive agents. The discovery and application of metals has a longer history. China has a longer history of development in this respect. These are the contributions of ancient alchemists. The metals that have been commonly used by people are copper and alloy materials. It is the discovery of iron. The discovery of aluminum is a matter of hundreds of years, so Westerners believe that people in the first century AD are talking about the use of NaOH and A12(S04)3 with false names.
The corrosion of metals mainly comes from the development of three aspects: ① the discovery of metals and the development of smelting technology; ② the discovery of various corrosive agents; ③ the discovery of anti-corrosion materials. In today's life, corrosion can be seen everywhere, but in ancient times, this phenomenon did not happen, because the world at that time was made of wood, stone and soil. It wasn't until the ancients separated some metal from the stone or soil that there was one more constituent substance in our world-metal. With the discovery and application of metals, there are also objects to be corroded. However, it is difficult to obtain a metal processing surface in a short period of time with ordinary water. This requires a substance that can corrode metals-acid. Early acids are found in organic acids, such as lactic acid derived from yogurt, citric acid and acetic acid derived from lemons, etc. Among these acids, acetic acid is strong. It is difficult to complete the corrosion processing of metals with these organic acids alone. Only when inorganic acids are discovered, the metal chemical corrosion processing technology becomes possible. Obviously, metal chemical corrosion processing technology lags behind the discovery of inorganic acids, which may also be related to the development of effective anti-corrosion materials. In Europe, chemical corrosion processing did not become popular until the 15th century, when it was mainly used for the processing of Kaijia and the etching of artworks. The formulation of the corrosive used in the early European writings was prepared with salt, activated carbon and vinegar. Early records of anti-corrosion materials used linoleum paint as a protective layer, and later records also used paraffin wax as an anti-corrosion agent.
In ancient times, the application of chemical etching was accidental. In a certain age, someone accidentally splashed acid on the metal and found that the metal was "bitten" by the acid to form a three-dimensional shape with the surrounding metal. effect. It can be said with certainty that a certain ancestor of mankind must be a careful person, and recorded this discovery, which developed into the current etching process.

What are the classifications of filters?
Links： 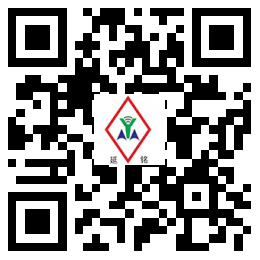